Tesla has long billed itself as the leader in advanced and sustainable vehicles. But when it comes to electric trucks, the company is at risk of being upstaged.

Troy Clarke, the CEO of American automotive manufacturer Navistar International, has recently set a bold new goal for his company. By the year 2025, he claims Navistar’s electric trucks will outnumber Tesla’s semi-trucks on the highways. This promise comes on the heels of a deal between the company and Volkswagen Truck & Bus to produce medium-duty buses and trucks with electric powertrains. The two manufacturers plan to not only create a powerful, efficient electric engine, but also to design entirely new vehicles that can run efficiently on electricity. They will also make full use of volume discounts so as to keep these trucks’ prices as low as possible.

Given Tesla’s past leadership in electric vehicle development, one might assume that it would have the upper hand in 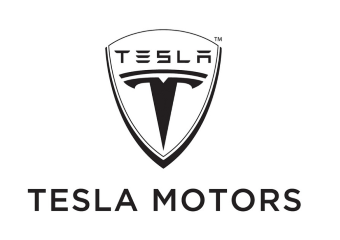 developing the new trucks. But Navistar has a number of advantages over its Californian competitor, chief among them its access to a vast dealership network. Whereas most of Tesla’s sales are made through the company’s own shops, Navistar is linked to hundreds of independent car and truck dealerships all over the United States. Not only does this make it easier for the latter to sell its electric vehicles, but it also helps its customers access quality maintenance services, keeping the trucks in good condition for the long haul.

Navistar and Tesla are hardly the only automakers to get involved in the electric truck market. Western Star, Freightliner, Toyota, Kenworth, and Cummins have all made recent trucking news with their own plans to create electric vehicles. Recognizing carriers’ desire to cut carbon emissions while still providing efficient expedited freight services, these companies each hope to play a dominant position in electric truck production.

Even as countless companies compete to produce electric trucks, there remain significant technical barriers to the widespread adoption of these vehicles. In particular, current electric truck models do not have the range to meet most carriers’ needs. Tesla’s vehicles currently have the longest ranges, able to travel either 300 or 500 miles before recharging, depending on the specific battery they use. Electric trucks from other brands are even more limited, with some able to travel only 100 miles. Yet expedited trucking companies will need vehicles that can venture well over 500 miles before recharging, as this is the distance they typically must travel each day.

To solve this problem, automakers are currently endeavoring to expand the range of their vehicles. Until it becomes possible to build more powerful batteries, many are combining electric propulsion with other fuel sources. Toyota, Kenworth, and Nikola Motor Company are all exploring the use of hydrogen fuel cells as a backup power source for their trucks. If their efforts are successful, these companies could gain the upper hand over both Navistar and Tesla, allowing them to shape the growing electric trucking market.

For more on electric vehicle development and other truck news, contact ExpeditedFreight.com today.