While trucking news continues to be dominated by the still pending transportation funding bill there is good news for expedited trucking and national trucking companies operating in or through North Carolina and Virginia. Last week saw the introduction of a new bipartisan bill in the U.S. Senate that would see interstate designation and the requisite improvements for the highway corridor that connects Raleigh, NC with Norfolk, VA.

The new status would provide a huge upgrade for all urgent freight options being moved between the two cities and beyond in addition to providing an alternative to the congested Interstate 95 corridor. The change to full highway status would provide Norfolk and Virginia Beach with their first ever interstate connection heading towards the South and Southwest

Agreement and presentation of 'The Road to Opportunity and Development' or ROAD Act was forwarded by U.S. Sens. Thom Tillis and Richard Burr, Republicans from North Carolina, along with U.S. Sens. Tim Kaine and Mark Warner, both Democrats from Virginia. 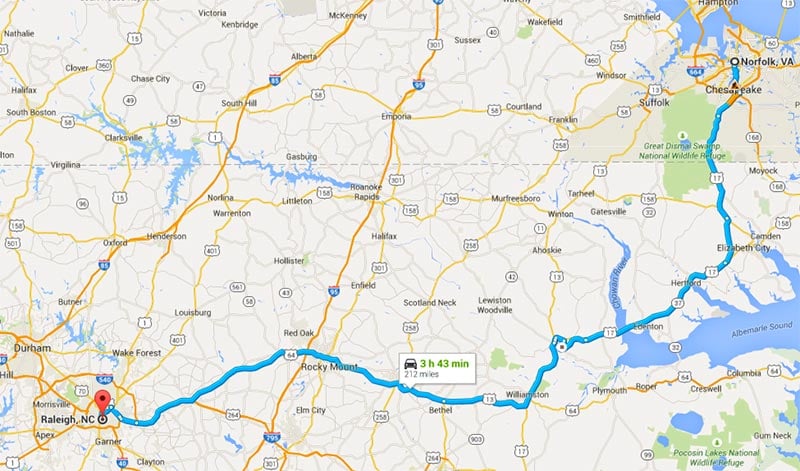 The new corridor (outlined above) would see U.S. Route 64 from Raleigh to Williamston NC and then U.S. Route 17 heading North to Norfolk designated as a 'high priority corridor'. The approximately 212-mile long interstate would provide great improvements to a lane that would typically take 4 or more hours at present.

You can track the progress of the bill via this link at congress.gov