Could one man change the future of the entire trucking industry?

We spend a lot of time considering the future of expedited freight trucking and the trucking industry in general, wondering how technology, fuel, the economy and changing trends will continue to impact the giant transportation infrastructure of the nation. Fuel efficiency will no doubt continue to be a major environmental and economc factor, with that in mind I was amazed to read about a man from East Dundee, IL named Michael Niss. 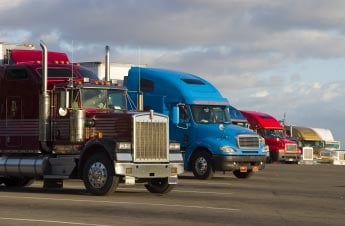 Not by coincidence is Mr. Niss a trucker, but he's also got a huge creative streak that could change the industry forever as he's looking to design and create a customized tractor-trailer that could achieve 11 miles per gallon of diesel. Consider this fact first, the average semi truck and loaded trailer achieve approximately 6.5 miles per gallon according to studies, an average that has hardly improved in forty years of technological change. The very concept of a seventy percent improvement seems far-fetched, but is it really?

If someone approached the largest automakers with an idea that could take a family sedan from 35mpg up to 60mpg they generate fantastic interest from the manufacturers in addition to a consumer audience to match. Convert that scenario to the trucking sector where the top expense is fuel and it's easy to imagine that the repercussions would be immense.

Niss has more than a daydream of an idea, he's an experienced trucker who has managed to make improvements to his own rig that have seen miles per gallon improve from 6.4 to 8.1, but that's just the beginning of his aspirations. He has spent more than half a year further modifying the truck and trailer to see if he can generate a concept that reaches the unheard of efficiency of eleven miles per gallon. He has decided to title his project Breaking11 to document his efforts and explain the performance results and modifications that he conjures up, in fact he has launched a new blog so that we can all read about it. I'm certain there will be hundreds of thousands of people wishing him success throughout the world of trucking even if many have yet to learn his name.

Mike's blog has just launched which you can visit here.