Day four of new port issues at Los Angeles and Long Beach will leave companies hoping that a rapid resolution can be found to avoid further delays and backlogs at the entry ports already so badly impacted by disputes earlier in the year. The demand for expedited trucking services and overnight freight is likely to grow if the dispute reaches a second week. 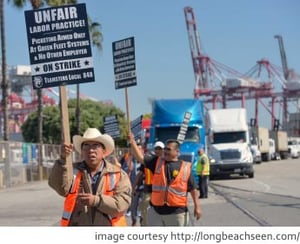 At present four trucking companies that serve the port have gone on strike amid fears that others may follow. It could lead to growing tension, negative press and disgruntled customers if the situation isn't remedied as quickly as possible. Picket lines are already active in truck yards and may extend to rail hubs in the days ahead.

The dispute centers around the status of drivers for the major companies Pacific 9 Transportation, Intermodal Bridge Transport, Pacer Cartage, and Harbor Rail Transport. Drivers want to be recognized as company employees as opposed to independent contractors. At present some 500 drivers are taking part in the strike.

The drivers have called for the companies to reclassify them as employees with the option of union representation. According to Teamsters some 500 port truckers have already filed wage claims with California labor officials and many resulted in favorable rulings for the drivers. 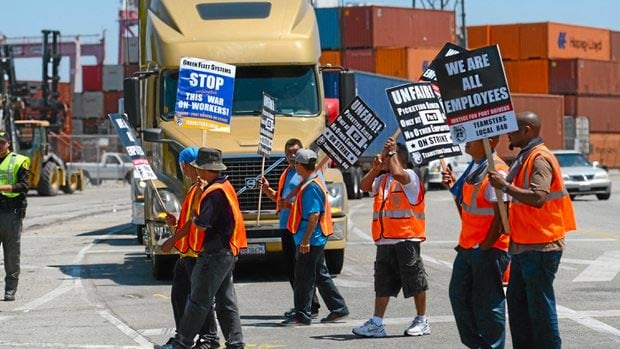 Other drivers are likely to initially view the progress and potential outcome of this dispute before determining the actions they may take in relation to wage claims and associated violations. Overall impact to the port at this time is minimal according to observers, but rapid resolution will be sought to avoid the difficulties that an extended strike create.