Very encouraging news from the trucking sector this week via joc.com as their well known index indicates that trucking companies across the country now employ more workers than at any previous point in time. It's an excellent sign for the industry in general and also the expedited freight market, the numbers had been long aniticipated by many within the transportation world.

Total employment has seen a gradual and steady increase since the conclusion of the 'great recession' and these results have been years in the making and underpin the stability of the economy overall. June continued a nine month run in trucking employment growth dating back to 2014 with some 7,000 plus new workers joining truckload and LTL carriers according to statistics from the the U.S. Bureau of Labor.

Eight and a half years after the previous peak numbers were recorded in January 2007, those totals, recorded before the recession really took a grip, have finally been eclipsed. Overall trucking employment figures are showing a year-over-year improvement of more than three per cent with almost 20,000 new jobs added in just the last 90 days. 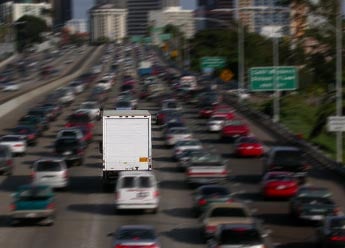 Some of the data is even more encouraging than the general economic indicators which speaks to a very healthy and confident trucking industry that is adding workers at rates well beyond those recorded in 2014 for the first half of the year. JOC feel that this trend is even poised to further improve the second half of this year with hiring rates anticipated to increase.

If it was needed, these results demonstrate further that the transportation sector is truly driving the modern economy forward to greater heights in 2015 and the well-documented driver shortage is likely aid in seeing this growth continue.