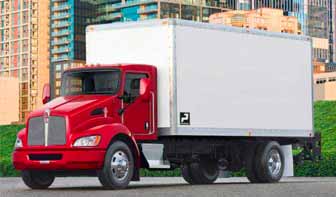 Growing pains are a reality in every industry, and expedited freight is no exception. As the market evolves and public policy changes, trucking companies of all stripes must adapt or risk going out of business. The American Transport Research Institute (ATRI) recently published a report on the challenges that carriers must deal with going forward.

Our Expedited Freight services are reliant on the nation maintaining and upgrading a strong transportation infrastructure, especially by road as the majority of freight is transported via truck. With that said, it will be regarded as a boon for the sector that the Federal Highway Administration has redistributed some $2.8 billion in unused federal highway aid to the individual states.

In the Expedited Freight market, our number one priority is the on time delivery of your urgent freight. With that in mind knowing where to expect the heaviest traffic congestion helps our expeditors provide realistic transit times for each shipment which requires expedited freight services. Therefore the release of the latest list of the most congested highway locations nationwide makes for an interesting and relevant read. The American Trucking Association has announced that the newly elected chairman of the organization will be Pat Thomas. Mr. Thomas is the senior vice president of state government affairs with UPS, a position he will retain as he becomes the 71st chairman of the ATA. Thomas is the son of Craig Thomas, the former U.S. Senator who represented Wyoming for twelve years until he passed away in 2007.

In what will be welcome news throughout the trucking industry and for all those who depend on Expedited Freight it looks like a transportation bill is gradually moving closer to approval in Washington D.C. The House of Representative’s Transportation and Infrastructure Committee provisionally approved a revised version of the Surface Transportation Reauthorization and Reform Act of 2015 after numerous revisions. If the trucking industry provides a good indicator of the pulse of our economy then the manufacturing sector is either the heart or the lungs and according to the Federal Reserve's industrial production report manufacturing production is growing stronger. The report indicated very encouraging growth of 0.9 percent in June, gains that easily recouped some smaller losses earlier in the year.