With a metropolitan population of more than 2 million, Columbus is not only Ohio's capitol but also one of its largest cities.

The town is a major hub for business, tourism, and education, bringing in visitors and new residents from other parts of the country and all over the world. ExpeditedFreight.com plays an active role in this thriving metropolis. By offering quick, effective logistics, we keep the capitol area ready for business, providing an economic boost to the entire region.

Columbus has been so successful in large part because it has attracted so many thriving industries. Automakers, for example, have set up shop all over the area, producing 700,000 vehicles and $1.4 billion in annual output. Likewise, the city is a center of technological development, with universities and research firms turning out some of the most important advances of the modern world.

These activities all generate wealth for the city, the rest of Ohio, and the US as a whole. But they also create problems, particularly relating to logistics. Automakers and tech companies need quality parts brought in on tight schedules in order to do their work effectively. But carriers have trouble shipping enough supplies on such schedules, especially given that they also cannot afford to damage them on the road.

ExpeditedFreight.com offers a solution to Columbus’s logistical issues. As an expedited freight company with experience shipping for dozens of different types of businesses, we operate in the city proper along with other communities in the area, such as Dayton, Chiilicothe, Lancaster, Springfield, and Zanesville.

We have developed a strategy to supply all these areas consistently and safely: 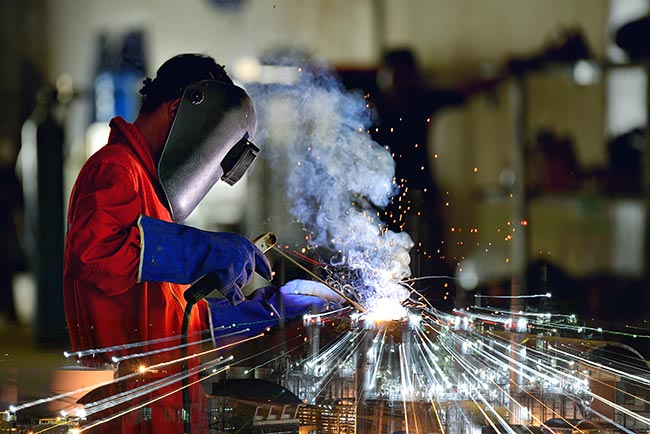 From its founding in 1812, Columbus, Ohio has played a leading role in advanced manufacturing, and continues to do so to this day. Nothing demonstrates this leadership better than the two Honda manufacturing facilities in the Columbus metropolitan area: the East Liberty Auto Plant and the Marysville Auto Plant. Together, these plants bring thousands of jobs and billions of dollars of investment to Central Ohio.

The Marysville Auto Plant is the older of the two, first constructed in 1982 at 24000 Honda Parkway. Roughly 3.6 million square feet in size and with more than $4 billion in capital equipment, this facility began by producing the Honda Gold Wing motorcycles. It later expanded to building several Accord and Acura models, which it continues to do to this day. The Marysville plant is also notable for its leadership in robotics; Honda recently invested more than $200 million outfitting this facility with the latest automated equipment for producing the Accord.

Located at 11000 Ohio 347, the East Liberty Auto Plant makes Acura vehicles as well, albeit different model: the Acura RDX and MDX. It also produces the CR-V, having worked on this vehicle since 2006. It was the first facility in all of North America to adopt the “New Manufacturing System,” an initiative by Honda to improve production. Likewise, the facility is a pioneer in laser welding, as well as in the use of sustainable paint. Thanks to this advanced technology and the hard work of its 2,500 associates, the East Liberty plant is a major producer of cars not only for the United States, but for South Korea, Russia, Saudi Arabia, and other export partners.

Supplying such sophisticated plants is no easy task, but ExpeditedFreight.com is up to the challenge. We have a long history operating in Ohio, and can deliver delicate parts to these facilities on the tightest of schedules. We also know the unique sources of delay in the Columbus metropolitan area, and can carefully plot a viable route to either plant no matter how bad the traffic, weather, and other factors may be. We are committed to keeping the Honda plants and all other manufacturing facilities in the area producing at full capacity for the long haul.

With coverage in major cities all over the US and Canada, ExpeditedFreight.com is fully prepared to ship into Columbus from any starting point, or out to any destination. For more information, call us today at (800) 704-0828.